Review of the Education Year on Seomra Ranga 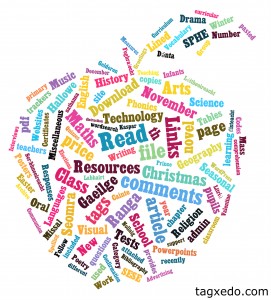 Now into its seventh year, Seomra Ranga has attempted to keep teachers up to date throughout the year with issues pertaining to the world of education in Ireland, with a special emphasis on primary education. The following is a month-by-month summary of some of the education stories that we covered during 2013:

The start of 2013 brought a story on the launch of an Arts in Education Charter by ministers Ruairí Quinn and Jimmy Deenihan. In January, we also reported on Free Pupil Access to Encyclopaedia Britannica and the announcement that the Registration Fees for the Teaching Council were to be reduced. Children’s Ombudsman, Emily Logan, wrote a great Guest Post in January and Minister Quinn also announced Guidelines for Book Rental Schemes.

February 2013 saw the launch of a book on Enhancing Gaeilge Using ICTs, in which I contributed one of the chapters on using mobile apps for Gaeilge. We reported on a survey about the extent to which teachers were using Personal Funding to Fund Primary Education in the country. I recommended the Edcanvas website (which has since been renamed Blendspace) for the collation of topic resources for teachers and students.

In March, I firstly posted recommendations for 40 Technologies for the Classroom, a presentation which I had delivered at the CESI conference in February. I then recommended a great Irish app, A History of Ireland in 100 Objects. I also published great new Sea Life Resources on the site courtesy of the National Sea Life Centre in Bray. The issue of Garda Vetting came to the fore in March with lots of concerns expressed over delays in getting vetting processed.

The Droichead Pilot Project for Induction and Probation was announced in April as was a November start date for Section 30 of the Teaching Council Act, a date which was further delayed later in the year. Ann Mc Murrough wrote a great Guest Post on Capturing Creativity in April and the third annual Digital Art Week also took place.

I recommended some apps during May, including Shake a Phrase and Mystery Math Town. An interview with Dr. Seán Rowland, president of Hibernia College was published as was a Guest Post with Fionn Hamill and his mum who run the Autistic and Proud website which won an Edublog Award later in the year.

In June, the Droichead Pilot Project was Under a Cloud after the INTO recommended that teachers were not to participate in the programme. However, the story of the month had to be the announcement by the NCSE a couple of days before schools were due to close that there were to be further Cutbacks in Provision for SEN Pupils. This caused a furore and the cutbacks were later rescinded.

In July, we published a Guest Post on Thinking Blocks, a free maths tool. We also showed how a YouTube video can be converted to an MP3 for playing in the classroom.

In August, we published a number of links to Autism Websites for teachers working in Special Education. We also published a great list of Dates For Your Diary For the School Year.

After the death of poet Seamus Heaney I wrote about Heaney and the Teaching Connection. The Teaching Council announced Free Access to Education Journals and there was a campaign about Protecting Primary Education. We also published a Guest Post on Gifted Education.

We organised a Signs of Autumn Twitter Project in October, wrote about Maths Week 2013 and a handy tip for the Guided Access Function on iOS devices. We published a Guest Post on Twitter Exit Tickets in the Classroom. The big education news in October was the announced delay, yet again, in the commencement of Section 30 of the Teaching Council Act, which is now due to come into effect from January 28th, 2014.

In November, we had a Guest Post on using the Book Creator App to create digital books. Minsters Ruairí Quinn and Jimmy Deenihan again combined to announce the launch of History Lesson Plans for primary schools based on the History of Ireland in 100 Objects app and website.

This month, the website carried an article on Nanoscience in Primary Schools. Minister Ruairí Quinn announced a new Digital Strategy for Schools and was looking for submissions to inform the new strategy. The year closed with Minister Quinn announcing €15 Million in Funding to Replace Prefabs in Schools.