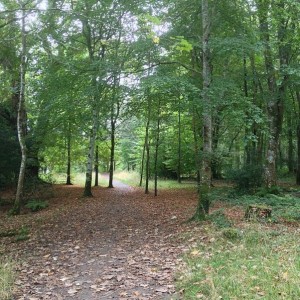 The first week of October saw us take part in our second “Signs of Autumn” Twitter Project (#anfomhar). We’ve already done successful projects on the Signs of Spring and Signs of Autumn last year so this was building on that success. This was a hastily organised project, but it turned out to be another great success. Tweets were gathered together by everyone using the project hashtag #anfomhar

Lots of classes from all over the country took part in the project which also took on an international dimension with schools from USA and Canada also taking part. This was great as it allowed pupils on both sides of the Atlantic to compare what Autumn (or Fall) was like in other parts of the world. I also loved the fact that there was a large increase in photos which were Tweeted during the week. As well as photos of signs of Autumn outside, some classes took photos of their Autumn art work or their Autumn Nature Table in the classroom which were great to see.  There were also a couple of Animoto movies Tweeted during the week!

For anyone who did not take part in the project or who doesn’t know anything about Twitter, have a look at the transcript below to get a flavour of what was happening during the week on Twitter. Hopefully, we’ll do this project again next year, and there’s always the Spring one to look forward to around March.