Seamus Heaney and the Teaching Connection 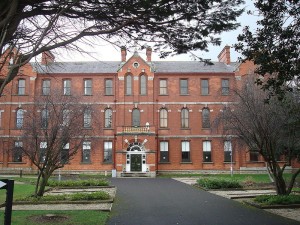 The passing of poet and Nobel Laureate Seamus Heaney on Friday will have had a certain resonance with a particular cohort of primary teachers in Ireland. Many younger teachers may be unaware of the fact that Heaney was involved in the education of undergraduate teachers as a lecturer of English in Carysfort College of Education in the 1970s and early 1980s. Those undergraduates, whose chosen academic subject was English, were lucky enough to have the emerging poet as one of their lecturers and I know that many of them will have fond memories of their time spent with him in Carysfort.

By the time I arrived in Carysfort College, Heaney had already departed for Harvard University, but we were still exposed to his growing body of work through our studies in the English department. Unfortunately, while we were in Carysfort, the then Minister for Education, Gemma Hussey, announced the untimely closure of the college and we became the historic final cohort of teachers to graduate through the college.

Seamus Heaney returned to the college on our Graduation Day in 1988 and addressed the staff and final Carysfort graduates. He spoke fondly of his time in Carysfort and read “Valedictory Verses“, a poem he wrote especially for the occasion.

This is a video of Seamus Heaney reading “Valedictory Verses” at the INTO Consultative Education Conference in 2011.

Seamus Heaney – Valedictory Verses’ from INTO on Vimeo.

General Secretary of the Irish National Teachers’ Organisation (INTO) Sheila Nunan said that Seamus Heaney “will be fondly remembered not only as a poet and a scholar, but as a great teacher and teacher educator”. She said he regularly spoke fondly of his time in Carysfort College and retained his links with teachers and the teaching profession.

Later in that summer of 1988, I met Seamus Heaney in my native Sligo. He was attending the annual Yeats International Summer School, where he was a regular attender. I attended the summer school that year and met up with an American Carysfort Guest English Lecturer, Lester Conner, who was teaching at the summer school that year. Lester himself was a great lecturer and an authority on Shakespeare and Yeats.

Lester brought me along to Connolly’s Pub where he introduced me to Seamus Heaney. I was probably a little overawed, but Heaney was relaxed in company and readily engaged in conversation. I told him that I was a Carysfort graduate and reminded him of his “Valedictory Verses” poem. At the time I thought he was a little dismissive of the poem in his response – nevertheless, I will always remember sharing a drink with the great man in one of Connolly’s snugs!

My favourite Heaney poems include Mid-Term Break, Digging, Blackberry-Picking, Funeral Rites and The Ministry of Fear and his prose piece, “The Sense of Place”.

Teachers should also be aware that Seamus Heaney edited a book of verse for children called “The Rattle Bag” with his good friend Ted Hughes. The book, first published in 1982,  is an anthology of poetry with endless gems of verse from all around the world. The poems are arranged in alphabetical order as it “allows the contents to discover themselves as we ourselves gradually discovered them”, as the editors put it. This was followed up by another anthology, “The School Bag” in 1997. I don’t have the latter book but I do have the former and recommend that every school should have a copy for teachers to dip in and out of.

If any teachers have memories of Seamus Heaney from their time in Carysfort College, please post them below as a comment. If you have not commented on the site before, your comment will not go on the site until it has been approved and your email has been verified as not being spam. After that, your comments will automatically appear on the site.