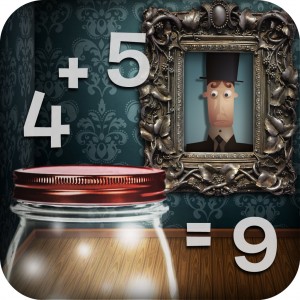 Mystery Math Town is a newly-released maths app for iPad from Art Gig Apps, the same company that released Shake a Phrase. Filled with great graphics and moody background music, this app will take pupils on an adventure through the houses of a Gothic-looking town where they will practise their maths skills on an almost incidental level.

I have previously reviewed the app HERE on this site, which also includes a demo video. Artgig Apps, the developers of the Mystery Math Town app based in New York, have kindly given me two free Promo Codes for the app – this will allow you to download the app for free. So to enter the competition to win one of the Promo Codes for yourself or your class/school, simply fill in the form below with your details, answer the simple question and submit the form before 8pm Wednesday May 22nd. Winners will be announced on Twitter after this time. One entry per teacher please! Once again, many thanks to Artgig Apps for sponsoring the free Promo Codes.