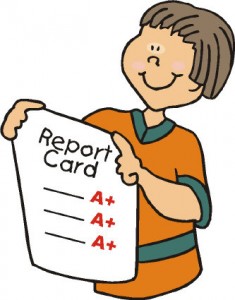 Teachers are used to writing reports at this time of the year, so I thought it would be an opportune time to look back over the year on Seomra Ranga. It’s hard to believe that the site is almost four years old and it’s safe to say that this has been the busiest year on the site to date on so many fronts. This time last year I was in the throes of developing the new site. I had been planning the development of the site since December 2009 in conjunction with local company Logis Media, but it was at this time last year that the serious work began. It took five long months to upload all of the material onto the new site. This was painstaking work as each individual resource had to be categorisied, assigned to class levels and tagged. It was a long process, but it needed to be so. It culminated in the launch of the new site in November 2010.

This in itself was a tricky time as, no matter how much testing you do on a site, it’s only when it goes live will you know if everything is working according to plan. What we hadn’t banked on at the time of the launch was that so many teachers would log onto the site all at once. Inevitably, the site ran into difficulties. However, thankfully, most visitors to the site were patient while the technical difficulties were sorted out. Others made constructive suggestions for the layout of the site to make the site experience more user-friendly. By this stage, I hope that most people are now well used to the new design and layout of the site and that they can find what they are looking for.

In terms of visitor numbers to the site, I’m constantly amazed by the sheer level of traffic that the site experiences. From the humble beginnings of the site in September 2007 when visitor numbers were modest, the site has now grown to such an extent that the first year’s total visitor numbers could now be surpassed in a couple of weeks! This in itself has caused problems, especially at some peak times during the year. So much so, that I’ve had to upgrade the hosting plan of the site already twice this year and will probably have to do so again soon.

Another development on the site this year coincided with the launch of the new website. I hadn’t really been a Facebook fan, but was persuaded of the benefits of a presence on Facebook for the website. So, last November, the Seomra Ranga Facebook page was developed, again with the help of Logis Media. While feedback on the Facebook page is quiet, I’m still very much aware of the number of people that read posts on the Facebook wall. In the short space of time sine the Facebook page was launched, it’s gathered more than 1,100 people who now “like” the page. At the same time, the Seomra Ranga Twitter page was re-designed incorporating the same logo and colour scheme as the website. I must admit, I do love Twitter and it’s a great way of touching base with so many educators around the world.

Another new development on the site this year has been the start of an interview series. I wanted to get more people involved with the site so the interview process has invited visitors to the site to suggest questions to ask of our interviewee. This is done using comments on the site as well as on the Facebook and Twitter pages. The series started in February with an interview with Áine Lawlor, CEO of the Teaching Council. This was followed up by interviews with three of the Education spokespersons in advance of the General Election. Sheila Nunan, General Secretary of the INTO, accepted an interview request in April and the series concluded with the somewhat controversial interview with Kevin Myers, Irish Independent columnist. A couple of other interview requests were declined, so hopefully the series will continue in the Autumn.

So, what are the plans for the forthcoming year on the site? Firstly, continuation of the provision of relevant classroom resources for primary teachers as this is the main business of the site. A number of people are lined up to write guest posts for the site, so I’ll have to chase them up for those in the Autumn. I’ve sought permission from a couple of places to reproduce material on this site and I’m awaiting confirmation of that at the moment. I’m hoping to finally get around to putting some of the filmstrip resources that I gathered last year onto the site. This will be a long-term project as I received literally hundreds of them. However, permission has been declined to use some great Irish filmstrip resources which was disappointing, but hopefully this decision will be reversed in the near future. I’ll also be starting some work soon on a new companion website due out later in the year. More information on this will follow in the Autumn.

All in all, it’s been quite a busy year on the site. Hopefully, we’ll all return in September refreshed and raring to go again! Many thanks to all visitors to the site, the Twitter page and the Facebook page for you compliments and good wishes during the year.