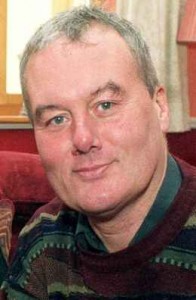 Kevin Myers was born in England to Irish emigrant parents. He studied in University College Dublin from where he obtained a degree in history. He initially worked for RTE as a journalist, covering the “Troubles” in Northern Ireland for many years. Kevin is currently a columnist with the Irish Independent. He previously wrote “An Irishman’s Diary” for the Irish Times for many years. Many of his articles have caused controversy over the years. However, it is the perception that his views are anti-public service and anti-teacher that prompted me to invite him to become a Seomra Ranga interviewee.

Seomra Ranga would like to thank Kevin for unreservedly accepting the invitation to partake in the new interview series on the website. He accepted the invitation without hesitation or equivocation and did not request any subject area to be out of bounds for the interview, nor did he refuse to answer any question. Indeed he responded to the series of questions put to him with surprising haste. I hope his responses will generate lots of talk, discussion and debate. DQ

Seomra Ranga: Do you believe that you have been fair and balanced in your comments about teachers and other ordinary public sector workers?

Kevin Myers: I am not a news reporter. I am a columnist. My job is to give people my opinions. It is not to be balanced. It is not to say “One the one hand……….but on the other”. Was I being unfair in my opinions about some teachers? Some people – parents who discovered at 9 am that though they had to get to work, the teachers in their children’s schools didn’t feel the same obligation – have told me I was being very unfair: that I was in fact being far too kind to the teachers. This was especially so, when they discovered that when the schools reopened, they’d close again for a study day, or a parents-teachers meeting. And then, lo, the mid-term break re-appeared.

Seomra Ranga: Many teachers voted for what has become known as the Croke Park Deal. Sheila Nunan, General Secretary of the INTO, recently commented that teachers had delivered more than one million additional work hours per year under this agreement at no extra cost to the state. And yet, you have referred to the “toxic delusions of the Croke Park Deal”? What do you mean by that?

Kevin Myers: She has produced the figure of one million. It might be right; it might not be. Who is to know how many hours teachers actually work, as opposed to those they theoretically work according to union figures, which invariably make out Irish teachers to be the hardest working and most diligent in Europe? Many teachers voted for Croke Park – many did not, as you know, in the insane belief that it was too harsh. Your question, moreover, is a terrifying insight into the delusions of almost the entire public service – that there is a pot of money somewhere which can pay for a vast public service bill of pay and pensions. Every penny has to be borrowed. Croke Park was merely the latest and final evidence of the unprincipled and populist weakness of Fianna Fail in offering a deal which was and is unsustainable. Any political deal which is based on illusion, and makes unsustainable promises about people lives, is by definition toxic.

Seomra Ranga: Why do you believe that Public Service numbers and the pay of public servants will both be cut within the next year?

Kevin Myers: Repeat for answer 2. There is no f***ing money. Do you not get this? THERE IS NO F***ING MONEY. Every penny that goes on your pay and pensions will have to be paid for by your grandchildren, or somebody: and moreover, the EMS/European Central Bank will walk in one day and look at the figures, briefly laugh, and cut the public service numbers by 20% and pay by 40%. Or something like that.

Seomra Ranga: Do you believe that public servants in general, and teachers in particular, are guilty of indulging in self-pity with regard to the current economic crisis?

Seomra Ranga: In your opinion, are Irish teachers guilty of “empty boasts about past triumphs” and that this in turn will inevitably lead to academic failure?

Seomra Ranga: You’ve spoken, in another context, about starting with “a new slate called ‘realism’”. In an educational context, what do you mean by that?

Seomra Ranga: What “efficiencies” do you believe could be achieved in primary education which would, on the one hand, assist the state’s finances, and yet, on the other hand, not adversely impact on the nation’s children, our future?

Kevin Myers: I’ve answered this. The primary issue here is presumed-flexibility: that teachers enter a career where it is agreed their job is to teach wherever possible. There are too many days-off for minor or non-existent medical complaints, too many supply-teachers called in to cover for “ill” teachers, too many occasions where teachers refuse to be deployed to another class because “it is not their job”. One teacher warned me to watch out for hostile emails after my piece before Christmas: she said, “Check the times they’re sent.” Sure enough, they were coming in during the working day. Teachers were emailing one another about me, or to me, when they surely had other things to be doing.

Seomra Ranga: You’ve stated that the myth of Irish as a living language “represents failure and a national disorder”. Is it your opinion, therefore, that we would be better off abandoning the teaching of Irish in primary schools and spending the time on other subjects, perhaps even another European language?

Kevin Myers: Yes. Yes. Yes. Irish should be taught only as voluntary subject. We are bankrupt, and yet we cling on this farcical devotion to a language that no-one actually wants to speak – because if they wanted to, they would speak it. Thus €1.2 billion down the drain every year. Mad, and immoral.

Seomra Ranga: Back in December 2010, in the midst of the Arctic weather when many schools were forced to shut, in your column in the Irish Independent you accused teachers of “laziness”. You further alleged that teachers were spending this “time off” shopping and getting their hair done. Many teachers took offence to these remarks. Would you now accept that they were ill-judged and regrettable?

Kevin Myers: There is no excuse for asking a question as incorrect as this. I did not accuse the teachers of laziness. The word “lazy” did not appear in my column once. NOT ONCE. Complain, if you like, about the headline-writer, whom I do not know and who did not consult me about the headline. But I did write this:

“Last week alone, in only the third month of this semester, Irish schoolchildren lost 4% of their total education for the year. To judge from last winter, we might have another four months of bad weather ahead of us. Are our schools to close every time we get a snowfall? And if they do, how will our teachers spend their time? Marooned at home? Or perhaps shopping, or getting their hair done (according to hairdressers, last week was a particularly good one for teachers). And what happens to the children of two-job parents? Who will mind them while the schools are closed, yet the rest of the economy (well, what’s left of it) still functions?

OK, so you teachers don’t like me writing a column like this, and you’ll probably can ask silly, angry questions at your next conferences about how much I earn, and how easy I have it. These are irrelevancies. Just answer this, please. When we saw ordinary working people rising well before dawn on bitterly cold mornings across Ireland to make sure they’d get to their jobs on time, in what way were you doing your Socratic duty by not working? If all the economic institutions of Ireland, our buses, our trains, our airlines, and this newspaper, were able to operate in those Arctic conditions, why not the schools (or, indeed, dear God, Trinity College)?”

This prediction was entirely vindicated by the response that I got, and by the tone of this interview. Merely because teachers “took offence” – the poor dears – at my remarks doesn’t mean the remarks were wrong. It merely meant that teachers took offence – not an uncommon occurrence, to judge from their conferences each Easter.

Seomra Ranga: On an internet teacher forum, you’ve been referred to, amongst other things, as a “public service basher”, a “pain in the arse”, a “professional begrudger”, “jealous and uninformed”. What is your response to such monikers?

Kevin Myers: I don’t respond to hysterical abuse or anonymous abuse, and I’m really sorry that teachers should even think that I should or would. It shows how out of touch you are.

Seomra Ranga: Some teachers have nominated you for a “Lemon Award” (awarded to the journalist who shows the greatest dedication to writing total nonsense about teachers in the national media). Are you worthy of such a nomination?

Kevin Myers: I hail my nomination for the Lemon Award as the greatest accolade of my professional career.

Seomra Ranga: A couple of years ago, you compared teachers of the present with first class passengers on the Titanic and accused them of being “self-obsessed and delusional” about the economic realities of the country. Do you still believe this to be the case?

Kevin Myers: Not just teachers. Much of the state remains delusional. We are all living at too high a level, without the incomes to sustain our life-styles. I include myself and journalists generally in this statement.

Seomra Ranga: Many teachers ask that, before you write another article on the teaching profession, you spend a day in the classroom to experience what it is like educating a large group of small children. Is this something to which you would give serious consideration?

Kevin Myers: No. The issue is not about a single classroom, and it is typical of the self-pitying conceit of teachers that if I understood what they went through, I would be more sympathetic. The issue is not one of sympathy, but of money. THERE ISN’T ANY F***ING MONEY. How often do I have to say this? There is no-one left to tax any more. Some crooks have f***ed off to the US. Most of our “millionaires” are themselves ruined. Even if they weren’t, confiscating all their assets wouldn’t cover a single morning of the public service paybill.