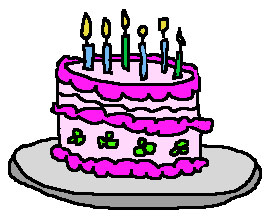 Today Seomra Ranga celebrates its sixth birthday, six years of free resources on the web! Quite a lot has happened in those six years. Seomra Ranga has become such a part of my daily routine, it’s really hard to imagine my life without it! For something that started out as a way to relieve the boredom of being stuck at home sick for a week, the site has grown so much in the intervening years to become a staple of the Irish online educational landscape.

The last year has been as busy ever on the site with visitor numbers remaining very strong. In the last thirty day period alone the site has had more than 71,000 visits, with more than 420,000 page views. Those sort of figures would be the envy of many websites!

The last year has also brought many successes to the website. Last December, the site was voted Best Individual Blog at the international Edublog Awards which was a great achievement given that the site was up against many well-known US and UK educational websites. This was in no small part due to the amount of teachers in Ireland who took the time to vote for the site. The site was nominated in the Best Education and Science category in the Irish Web Awards. It was named as a “Brilliant Blogger of the Week” by well-known UK site Teaching News. This was followed up by being named again as a “Site of the Week” by Scoilnet last March. In June, Ed Tech Magazine named the site as one of their 50 Must Read K-12 IT Blogs for 2013.

At the moment, the site has made it to the Short List for the Blog Awards Ireland 2013, with the finalists due to be announced by the end of September, so fingers crossed!

In the last year, again more than 400 posts have been published on the site, bringing the number of resources on the site to almost 3,100. These include classroom resources, Guest Posts and articles on technology, apps and educational news and reviews. Hopefully, this is a mixture that visitors to the site enjoy and keep returning to the site for.

The Seomra Ranga Facebook and Twitter pages remain really vibrant with lots of supporters following the updates on the site through those social media platforms. The Slideshare page is also getting lots of hits with resources there having been viewed more than 100,000 times.

Finally, many thanks to all of the visitors to the site – it’s nice to hear so many people being complimentary to Seomra Ranga and remaining loyal to the site. It makes all the hard work, time and effort all worthwhile knowing that many teachers really appreciate having free resources available to them that are relevant to the Irish curriculum. Hopefully, this will continue well into the future.

Image by Melinda Kolk on Pics4Learning.com