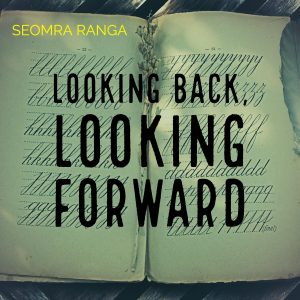 As is traditional at this time of year, it’s good to take stock of things, assess where you’ve come from and where you are going. It’s only when we look back on our journey to the present can we chart a better course for the future. It’s opportune, therefore, to assess the Seomra Ranga journey.

2017 will mark the tenth birthday of the website. Initially started in the summer of 2007 as a small, compact site to share the resources that I had developed for my own teaching, the site has grown and expanded beyond all expectations. It reached a juncture in 2010 where the site needed to be redeveloped to cope with the both the traffic to the site and the demands of keeping it regularly updated.

And so, in 2010, the site moved to a purely blog-based site. After some initial teething problems, the site quickly settled down and visitors became used to the new format. The visitor base continued to rise and this brought its own problems. 2011 saw the development of the Christmas-themed site Nollaig Shona, which became the repository of all the Christmas resources, links and videos.

In anticipation of the tenth birthday of the website, it is now at another juncture in its development. There have been lots of technical glitches with the site, particularly over the past year, and these have affected the functionality of the site. So, this year should see the re-development of the site to make it more accessible and user-friendly. Hopefully, this will happen during the first half of the year. In the meantime, please bear with us while we try to sort out the gremlins in the system at the moment.

As we come to the end of another calendar year and say goodbye to 2016, I would like to take this opportunity to wish all of the visitors and supporters of the Seomra Ranga website a Happy New Year and wish you all the best for 2017. Many thanks for your constant support and encouragement for the work of the website and your continued engagement with the site through the Twitter, Facebook and Instagram pages.