Coding in Primary Schools – The Cart Before the Horse? 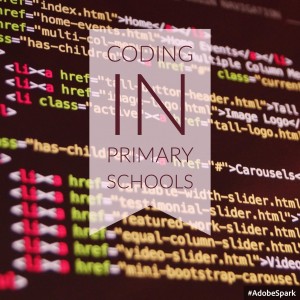 On my return from holiday I noticed that while I was away the Minister for Education and Skills, Richard Bruton, announced that coding was to be introduced into primary schools.

I’ve been trying to catch up on the reaction by educators to the announcement – I emphasise that it was the reaction of educators I was interested in as they are the people I trust and whose opinion I respect with regard to ICT in schools.

Apparently, the Minister has asked the National Council for Curriculum and Assessment (NCCA) to consider the introduction of coding into their review of the primary maths curriculum. It’s reported that Minister Bruton has seen the success of the Coder Dojo movement and wants to see it replicated in primary schools:

“The success of the CoderDojo project is a fantastic example of the benefits of teaching coding to young children. Hugely popular with children, it teaches creative problem-solving skills in a manner that engages and excites them,” he said.

However, I have to wonder exactly who is pushing this agenda – policy makers, industry leaders or educationalists? Was this just another summer announcement to fill the news vacuum?

I especially read with interest the reaction to the announcement by educationalists on the Computer Education Society of Ireland (CESI) mailing list and I’d say the reaction was mixed. However, I’m struggling to believe that this is anything other than simply putting the cart before the horse.

Who decided that the introduction of coding into primary schools was the technology priority for the coming years? If it was such a priority, why is coding not also going to be introduced in a similar way in post-primary schools, rather than just an optional Junior Cert short course?

Surely there are other technology priorities that are more urgent than the introduction of coding? Adrienne Webb, CESI Chairperson, summed it up well when she remarked:

“I would have been happier if he [Minister Bruton] had announced the immediate implementation of the funding component of the Digital Strategy for Schools 2015 -2020. It is already a year behind!”

The issue of teacher competency in the area of coding is also surely the elephant in the room. While I consider myself fairy competent in the area of educational technology, I admit to having very very limited skills in coding. I find it abstract and difficult to get my head around, my brain is just not wired that way. There will be many pupils that will feel the same way.

Now consider telling a technology-reluctant, over-worked, stressed primary teacher that they have to learn coding so that they can teach it to their pupils, I can only imagine that the response will be negative.

Given that educationalists have been crying out for a number of years for action on a number of technology issues – among them broadband, replacement of hardware, technical support – it’s hardly surprising that the Minister’s announcement will get a lukewarm response.

As a letter writer to the Irish Times remarked:

“…..daily maintenance, replacement of old stock, internet access and repair issues have been a constant challenge in schools. Until every school has reliable broadband, a realistic annual maintenance budget and access to technical support, coding may be …… a pipe-dream”.

If we are going to review the place of technology in primary schools, then let’s look at the whole package and not just one small aspect of it (coding). To focus on one aspect of educational technology, important as it may be, seems to me to be simply the Minister putting the cart before the horse.