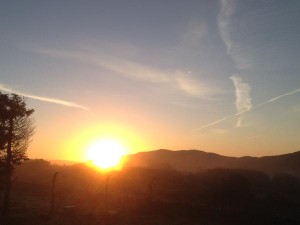 The Signs of Autumn 2015 Twitter Project took place last week and many schools across the country took part. There were also contributions from some schools and teachers in the US, especially in Virginia, thanks to John Heffernan. This was great because it was interesting to compare the seasons in different parts of the world.

92 schools and teachers took part in the project, posting almost 400 Tweets over the course of the week. There was a great variety of stories, observations, images, photographs, videos all recording the arrival of Autumn 2015. Lots of classes posted images of Autumn-themed work that they were doing in the classroom, some of which were really creative and imaginative. As well as using Twitter, classes also used other technologies like  Animoto and photography apps to post images of Autumn.

A Transcript of the Twitter Project has now been put together using the Chirpstory website. All of the Tweets that included the #anfomhar hashtag over the last week have been included in the transcript which can be viewed HERE It is well worth reading.

Hopefully, many more schools will take part in our next Twitter Project for Spring 2016

A Certificate of Participation for all schools/classes that participated in the project can be downloaded below: