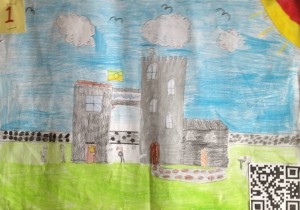 I’ve written a previous blog post about Talking QR Codes and how they could be used in the classroom. Put basically, you type in a text message of no more than 100 characters in length on the QR Voice website, which then creates a QR Code. You then save the QR Code as an image to put on a blog/website or print out the code and display it on a noticeboard. When the code is scanned using a QR Code Reader App (lots of free ones are available in the App Store and in the Android App Store) the message is read back using an electronic voice.

I used this idea of talking QR Codes to revise a history story that I had done with my Rang I pupils. We had discussed and written about a particular aspect of the story of St. Brendan and the monks in our history lessons – some of Brendan’s monks landed on an island which happened to be a whale! I had twenty four pupils in the class at the time, and I wanted them to work in pairs. So, I wanted them to be able to summarise this story in twelve sentences. We did this aspect of the revision as a class and came up with twelve short sentences to tell the story. The pupils then worked in pairs illustrating one of those sentences, making sure to leave a space on their illustration for the QR Code. Each pair then used the QR Voice website to generate a talking QR Code which was then saved and printed out. Each QR Code was attached to each illustration and they were all displayed together to form a talking QR Code history story!

Scan the code below with a QR Code Reader App to get an idea of how this works: 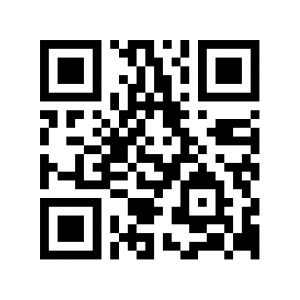