The Book of Kells App 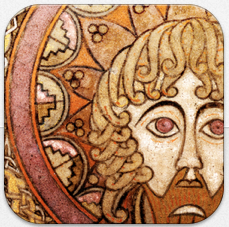 The Book of Kells is one of the world’s most famous illustrated manuscripts and the most elaborate manuscript of its kind to survive from the early Middle Ages. A copy of the four gospels, it was written by Irish monks in the 9th Century on calf-skin, with spectacularly intricate designs. Today, it is on display in the Library of Trinity College Dublin and seen by 500,000 visitors each year.

Now, The Book of Kells for iPad has been released. It was designed and developed by X Communications in partnership with Trinity College Library Dublin. This publication follows on from the award-winning CD-ROM which was published in 2000 and then later replaced by the DVD-ROM in 2006. Taking six months to complete, the key features of the app include:

This app would  be a great app to have for the classroom. It could be projected onto an IWB and studied in detail by pupils. It makes this historic work of art more accessible to pupils. The 21 featured images allow pupils to zoom up close and study the image in minute detail. It could be argued that viewing the Book of Kells through this app would allow pupils to get closer to the book than the real thing. The app also contains lots of information about the history of the Book of Kells and how it was put together.

At 650MB, this app is a large download, but this is understandable given the number and quality of images used in the app. This app is normally priced at €11.99 in the App Store, however it is free at the moment to celebrate St. Patrick’s Day. More information on the app can be got on the Book of Kells website.