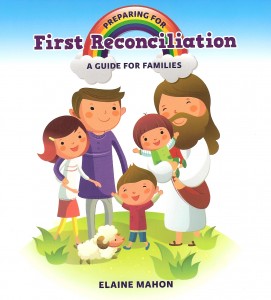 Many thanks to all of the teachers who entered our competition with Veritas for a copy of “Preparing for First Reconciliation – A Guide for Families” by Elaine Mahon. It was a great success. Many thanks to Veritas for sponsoring the prizes. Most people found the questions quite easy, but just to confirm, the answers were:

1. Pupils make the Sacrament of First Reconciliation in 2nd Class

3. The story of the Prodigal Son tells of a father’s forgiveness

4. Another name for the Sacrament of Reconciliation is Confession

5. At the end of the Sacrament of Reconciliation, the priest says a prayer called Absolution

The draw for the prizewinners took place after the 5pm Thursday deadline on Twitter. A Veritas representative and another Tweeter randomly selected five numbers for me. The winners of the five books were:

Many thanks to all who entered the competition and congratulations to all of the winners whom I have contacted via email. Hopefully we’ll have another competition on the site very soon.