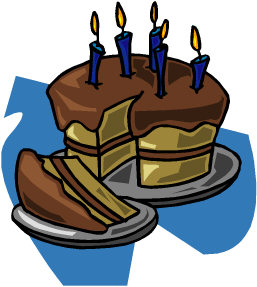 Time to celebrate! Seomra Ranga is five years old today. I can’t really believe that! I still remember that summer of 2007 when I was putting the original site together, really using it as a way of organising for myself the resources I had put together and seeing if it had the bones of a website. I honestly never thought that I’d still be working on it five years later! However, it has been such a huge success that it’s hard to imagine what I did with all this time before I began working on Seomra Ranga!

I look back at year one on the site and see that it attracted 67,000 visitors and smile. That figure has been easily surpassed during the past month alone as teachers get back to their beginning of the year planning. I think it’s probably at the stage now that there’s almost not a primary teacher that hasn’t heard of Seomra Ranga. In fact many people think that is actually my name now! A friend I hadn’t seen for some years was recently giving me a lift somewhere and remarked how she told her colleagues that she was giving Seomra Ranga a lift! I’m also getting teachers coming up to me at conferences saying, “So you’re Seomra Ranga!!” as if I’ve taken on a new persona!

The last year has been as busy as ever on the site. I’ve posted almost 420 posts during that time bringing the amount of posts on the site to more than 2,700. That includes classroom resources as well as teaching news and information, technology stories, Guest Posts and interviews. The Facebook Page has continued to attract followers as has the Twitter Page (this has to be my favourite Social Media platform!); I’ve just recently properly set up the Google+ Page (although I remain to be convinced of its effectiveness); I’ve also recently set up a Pinterest page which I think looks like an interesting Social Media development.

Since last the last birthday, we also set up a new Christmas site, Nollaig Shona, which houses all of the Christmas classroom resources and links. This went really well and I’ll soon be starting to create some new resources to put on this site. The last year also saw the beginning of the Filmstrip Project, where I’ve begun to digitise some old filmstrip resources that have been lying idle in schools. This is really a long term project as it is so time-consuming that I’d really need someone to pay me to work on it full-time. (I’m open to offers!) I literally have hundreds of filmstrips which are dying to get a new lease of life, but I’ll get around to them all eventually.

Finally, many thanks to all of the visitors to the site – it’s nice to hear so many people being complimentary to Seomra Ranga and remaining loyal to the site. It makes all the hard work, time and effort all worthwhile knowing that many teachers really appreciate having free resources available to them that are relevant to the Irish curriculum. Hopefully, this will continue.

I would just like to request that if you know any companies or businesses relevant to the education sector, please encourage them to consider advertising on Seomra Ranga. The more successful the site becomes, the more money it costs me to run. At the moment, it’s working out like a permanent car loan to run the site every month. I get some revenue from the Google Ads on the site but they are barely covering costs and I have to subsidise this. I’d hate to see the day where it becomes cost prohibitive for me to keep the site online. Hopefully, Seomra Ranga will still be providing free online resources for its 6th birthday!