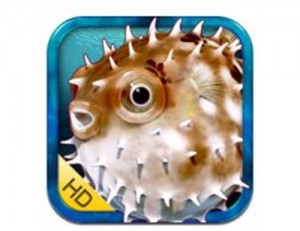 Thanks to Tony Vincent, I’ve just been made aware of the Marine Life HD app, which is free at the moment for a limited period. After just a quick run-through of the app, I can certainly say that it looks beautiful. I can well imagine it having a great impact projected onto an IWB. It has vivid, colourful images and soothing background music. It has lots of information on almost thirty species of underwater creatures like dolphin, ray, hermit crab, sea-horse, lionfish, clownfish, emperor penguin. Information is in written text on-screen and is also narrated by a resonant, male voice which sounds like a professional actor. It has icons which inform the pupil about habitat, diet, weight.

Although the app is free at the moment (usually $4.99) there is a requirement to make an in-app purchase of 79c to gain access to all of the marine animals.

PS: I’ve just seen a note on the internet that all of the information on this app may not be entirely accurate, so downloader beware!!