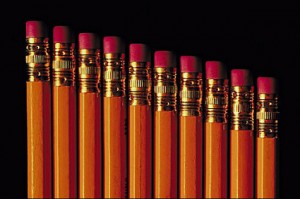 The issue of new school report cards seems to have slipped under the radar, however it is an issue that schools and teachers will have to address sooner rather than later. The Department of Education and Skills (DES) recently issued a circular entitled “Initial Steps in the Implementation of the National Literacy and Numeracy Strategy” (Circular 0056/2011). The circular informed schools that the Minister for Education was seeking the co-operation of schools in five key areas of the Strategy, one of which was a “better arrangement for reporting children’s progress”. It states that teachers are now required to report on children’s progress to their parents twice during each school year. One of these will more than likely be an official parent-teacher meeting, the other “must include a written report at the end of the school year presented in the format of one of the NCCA report templates”. It states that the results of standardised tests carried out on the pupils must be included in the written report and that “schools must issue written reports to parents in sufficient time before the closure of the school for the summer vacation to allow parents a reasonable opportunity to seek meetings with the principal and/or teacher(s) to discuss the written report if necessary”.

The NCCA Report Card Templates were developed through a process of consultation with schools and parents and take account of research commissioned by the NCCA. The report cards provide for reporting in four key areas:

• the child’s learning and achievement across the curriculum

• the child’s social and personal development

• ways in which parents can support their child’s learning

All primary schools must use one of the report card templates for reporting to parents on pupils’ progress and achievement at school with effect from the date of circular, which was November 4th, 2011. There are nine different report card templates to choose from and the development work is ongoing. It is hoped to have these finalised by the end of May 2011. It is envisaged that schools will be able to customise the report cards by adding, for example the school crest, as well as other information. The templates don’t look overly onerous, consisting of two sides of an A4 sheet. They are similar to many other report templates already in use by many schools.

There are information leaflets available for both schools and parents to help explain the new format of report cards. It is recommended that schools also include a Parent Information Leaflet on Standardised Testing with the school report whcih will help parents understand the STen scores or the Standard Scores that a teacher will include on the report card.

This is an issue that schools and teachers need to begin to discuss sooner rather than later so that procedures are put in place before the end of the school year to adopt these new Report Cards as authorised by the Minister.

What is your opinion of these new Report Cards? Do you agree or disagree with their introduction? Please join the debate by leaving a comment below. (If it’s your first time to comment on the site, your comment will not appear automatically until it’s been verified that the comment is not spam. After that, you’ll be able to comment as much as you wish.)