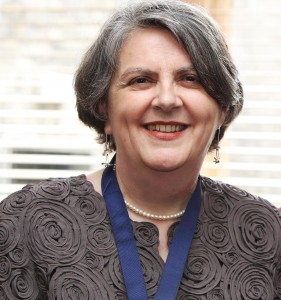 Reading for pleasure – it’s a no-brainer, really, isn’t it? It’s so obvious that it’s a really great thing to encourage children to read, I nearly feel a bit sheepish saying it. It’s like motherhood and apple pie. Who could be against it? (Bang-bang, you’re dead. When I was at school, children’s books were known as ‘storybooks’. That’s not a word you hear much lately; it has an old-fashioned ring to it. The idea was, I suppose, to distinguish between books that were associated with schoolwork (textbooks, ‘readers’ and so on) and books that were just for fun. I think it’s a pity we have no word any more to describe a book that you read for the story, a book you don’t read because it is going to teach you something or improve your mind (or your vocabulary), but that you read just for the pure pleasure of it, because you want to.

I used to use the public libraries a lot when I was a young, and there were always loads of books to choose from. The public library is still a great resource for children (and their parents). But I remember a time when the public libraries would not order in a work of fiction. You could ask your librarian to order you a book on boat-building or theology or looking after your pet rabbit, but they would look disapprovingly at you if you asked them to get you a novel. Those were the days when a ‘storybook’ was considered a frivolous kind of a thing and not suitable at all for spending public money on.

That attitude is long gone in the libraries, of course, and I don’t think you would find many people today, in the library service or elsewhere, who would look down their nose at fiction as some kind of mad frivolity. Even adults who are not great readers themselves generally recognise the importance of encouraging their children to read. Sometimes that is for earnest reasons like improving their spelling or widening their vocabulary – and after all, who is going to object to raising children’s literacy standards? But it’s important that children don’t get the message that reading is all about schoolwork and literacy levels and spellings. There is nothing so likely to put off a child who finds reading a challenge than the idea that reading is a kind of extension of homework.

Of course it is important that children’s literacy levels should improve. But the very best way to make children literate, once they can read at all, is to give them books that they will want to read for the sheer pleasure of it. But over and above that, reading books for fun is … well, fun. Reading for pleasure (as we call it when we get older and more solemn and maybe a bit distrustful of the idea of ‘fun’) is one of life’s great gifts. A reader can use a book to slip away into another world, imagine what it is like to live other lives, see the world from other perspectives and have thoughts they might never otherwise have had. That’s worth a lot in itself, and by encouraging your pupils to read now, to engage with picture-books from the very earliest age, to follow a story along with adults as they get a little older, and at last to read for themselves, is not just to raise literacy levels in your classroom, your school, your county and your country: it is to give children a gift for now and the future, a gift for life

And it costs nothing beyond a little encouragement and a positive attitude towards the great fun that books can bring.

Siobhán Parkinson was given the unique honour of being appointed the first Laureate na nÓg in Ireland on May 10th 2010, a position she holds for a period of two years. Siobhán writes fiction for children and young people (and occasionally for adults). She has published more than twenty books since 1992, and her work has been translated into as many languages. She has been shortlisted nine times for the Bisto Book of the Year award, which she won on one occasion; she has received Bisto Merit and Honour Book awards four times as well as two IBBY Honours and several White Ravens. Most recently she won an Oireachtas award.