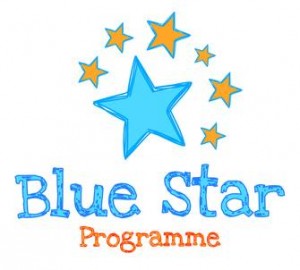 Last Tuesday, the Taoiseach, Enda Kenny TD and Minister of State for European Affairs, Lucinda Creighton TD launched a new pilot programme for primary schools which focuses on the EU, called the Blue Star Programme. The idea of the Programme is to foster better understanding and knowledge of the European Union and how it affects our lives amongst Irish primary pupils through classroom projects and activities. The Blue Star Programme will introduce participants – pupils, teachers, parents and the wider community to the EU, what it means and how it works. Primary Schools all over Ireland will be challenged to get creative and think about Europe by carrying out projects in relation to the History, Geography, Culture and Institutions of the EU.

The Blue Star Programme is supported by the Communicating Europe Initiative, and the Office of the Minister of State for European Affairs in the Department of the Taoiseach and the European Commission Representation in Ireland. European Movement Ireland is the National Coordinator for the Pilot Year of this Programme. All participating primary schools will be provided with a resource pack and resource materials such as wall-charts and EU country guides which give tips on what kind of projects the pupils could undertake and help the teacher in how best to facilitate the pupils. At the end of the school year all successful schools will be awarded an EU flag and a Blue Star.

Primary schools across Ireland are invited to take part in the Pilot Year of this exciting new project, further information available via www.europeanmovement.ie or bluestar(at)europeanmovement.ie. More information, including Registration Form, Resource Pack and Action Plan are available at the European Movement website.