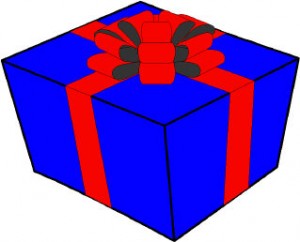 Christmas Tests – a necessary evil or the spoilsport of the classroom Christmas Spirit?

I’ve been reading on the internet recently about teachers giving “Christmas Tests” to their pupils in a variety of different curricular areas. It reminded me of when I was in primary school myself and the results of the Christmas tests were posted home along with the dreaded Christmas School Report. It got me thinking again about the purpose and value of “Christmas Tests”. Who are they for and what purpose do they serve? I’m all for assessment and I’m certainly not against testing pupils in school, but why is there the need to test such young pupils bang in the middle of the most exciting time of the year for them?

I don’t mind admitting that I’m now old enough to say that I taught in the last century and during all those years in the classroom I don’t recall ever giving Christmas Tests. I’ve always been of the opinion that to burden young children, even those in senior classes in the primary school, with learning by rote and revision for tests during the exciting Christmas season is a terrible Christmas present from the teacher. I’ve been teaching in more junior classes for the past few years, however even when I taught in middle and senior classes I still did not inflict upon the pupils the dreaded Christmas Tests. There was no pressure from either the school or the parents to give pupils tests and I don’t believe that the pupils missed out by being “deprived” of Christmas Tests.

I know that some teachers will argue that, by giving Christmas Tests, they are preparing their pupils for the advent of secondary school and the culture of examinations. This may be a valid point, but why would teachers decide to test pupils recall of work covered in a curricular area at a time when their minds are most distracted by the excitement of Christmas? Testing pupils in the fortnight before Christmas is surely fraught with frustration. Pupils are too excited to give of their best, resulting in the teacher becoming frustrated with disappointing marks. Why not do as I sometimes did with senior classes and test the pupils towards the end of January when they are back in “work mode”?

I believe that the lead-up to Christmas in the classroom should be filled with preparing for Nativity and other plays; singing carols and Christmas songs; doing lots of Christmassy visual arts activities; using the season of Christmas as a theme to integrate curricular areas; learning about Christmas traditions and customs in other parts of the world. Christmas is a time of excitement, wonder and joy for primary school-aged children. Let’s leave the testing for another time of the year.

What’s your opinion? Do you agree or disagree? Please join the debate by leaving a comment below. (If it’s your first time to comment on the site, your comment will not appear automatically until it’s been verified that the comment is not spam. After that, you’ll be able to comment as much as you wish.)