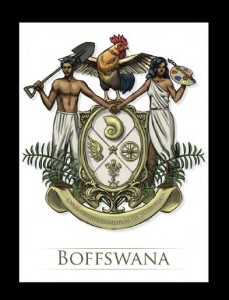 Wikipedia defines Augmented Reality (AR) as “a term for a live direct or indirect view of a physical, real-world environment whose elements are augmented by computer-generated sensory input such as sound, video, graphics or GPS data. It is related to a more general concept called mediated reality, in which a view of reality is modified (possibly even diminished rather than augmented) by a computer. As a result, the technology functions by enhancing one’s current perception of reality”. Augmented Reality was a term I had heard bandied about but had never really understood. To be honest, I’m not sure whether I still really understand what it means.

However, this week I was made aware of an AR app called String which I was assured could not be explained but had to be experienced. I firstly downloaded the String App from the App Store. Then I visited the Powered by String website where I printed off four target images to work with the String app. At first glance, the target images are colourful pictures, nothing that you wouldn’t see on many other image websites on the internet. However, when you open up the String app, which in turn activates the camera of the mobile device, point the camera at the target image, the image comes alive. The images turn into 3D images, some of which can be manipulated on the screen of your mobile device. 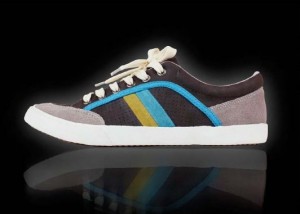 Target Image when printed out 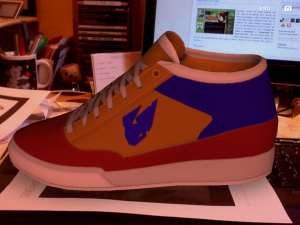 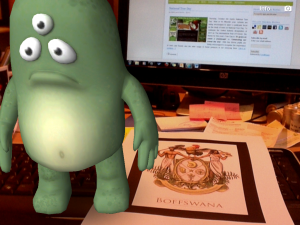 Proto, who emerges from the image at the top of the post, walking across my computer table!

This Youtube video gives an idea of the String app in operation:

I’m still not sure what benefit this app would have in an educational context. Certainly, I think the pupils would get a great thrill to see a flat A4 page turn into a 3D image which could be manipulated. I’ll keep an eye on this app and website to see how it develops into the future. You can follow String on Twitter by using their username @String.