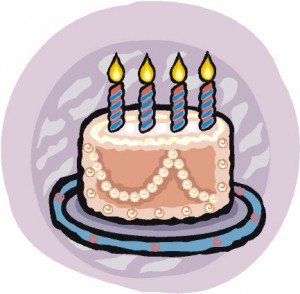 Today marks the 4th birthday of Seomra Ranga. It’s hard to believe that the fledgling site is now four years old. A lot has happened in the intervening years. What started out as something very small and intimate has grown beyond all expectations. I mentioned on Twitter last week that if you begin to type “seo” into Google.ie, the first search result that pops up is Seomra Ranga! I remarked in a blog post after year 1 that the visitor numbers to the site had passsed 67,000. This number can easily be reached in a month now. In fact, during the past 30 days there have been more than 50,000 visitors with more than 600,000 page impressions. Given that some of that period includes the holidays during August, they are staggering figures indeed.

The last year has seen great changes to the site. At the end of 2009, it had become obvious to me that the the site was getting bigger and that it was becoming cumbersome for me to keep it updated. Uploading resources and keeping track of where they were on the site was becoming unwieldly. I decided that the time had come to plan for the future and to get some help with the total re-development of the site. So, this time last year I was in the throes of developing the new site, which was a huge undertaking. Between the planning of the site and the uploading of the material to the new layout took about nine months of work, with the new site running now since last November. Thanks to Debbie and James in Logis Media, they have helped to realise the vision I had for the new site and they continue to support me in the ongoing development of the site.

The new site has not been without problems. There have been many teething problems and indeed the site has crashed many times. Many of the problems have been caused by the sheer popularity of the site. I’ve lost count of the number of times that I’ve had to upgrade the server to cope with the numbers of visitors to the site, with each upgrade costing more money. I had to do this again last week after the site crashed with the sudden surge of visitors to the site on August 31st. Because of other technical issues, we’ve had to slightly change the look of the site and we’re still working to get the finished product right.

The last year has also seen the development of the Seomra Ranga Facebook page. I had to be convinced by Debbie to start this off as I really didn’t want to add another workload to the site, but by now I’m really pleased that I agreed to do it. It’s been a fantastic addition to Seomra Ranga, keeping people in touch with new developments on the site and allowing people to get more involved with the site. This has been of great use for the interview series which was also started this year and has been very successful. Facebook has allowed visitors to the site to partake in the development of the interview questions and this has been great. In the space of less than a year, the number of people who now “Like” Seomra Ranga on facebook has steadily grown to more than 1,500, a number that I’m amazed with.

The next year will hopefully be as productive as the last year. I have numerous people lined up to do Guest Posts on the site or to do interviews. I have a lengthy list of resources that I want to develop for the site – just finding the time is the issue. At the moment we are developing the new Seomra Ranga Christmas site. This will be a new stand-alone site, with all the Christmas resources gathered in one place. It will have a new blog-based layout, like Seomra Ranga, which will make the site more searchable and more user friendly. It will be called Nollaig Shona and will hopefully be ready in good time for planning for Christmas in the classroom. All I need is lots of time to finish off putting the site together.

Lastly, many thanks to all the loyal supporters of Seomra Ranga throughout the last year. In the midst of our technical difficulties since the return to school in September, many people made contact and were very understanding while the site was unavailable. Many people understood that trying to sort out the difficulties was an onerous task, while at the same time trying to get my own classroom planning done. Hopefully, that is all behind us and we can now concentrate on the main business of the site – providing free downloadable resources for teachers and keeping them abreast of all the latest developments in the world of Irish primary education.