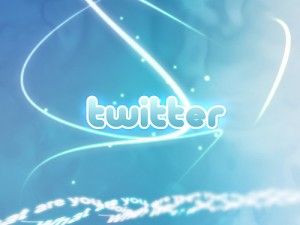 I started using Twitter in my classroom ( @mrquinnsclass )with my 1st and 2nd class during the final term of the last school year. I was encouraged to start because a number of schools throughout the country were coming together for a Twitter project. Organised by Simon Lewis ( @simonmlewis ) the project stimulated the pupils to learn about other schools in Ireland. During another part of the project, we had a Twitter conversation with all of the other schools in the project about the artist Jackson Pollock. This was really interesting and we followed this up by creating our own Jackson Pollock Pictures using a Jackson Pollock app on our iPod Touches. The pupils were quite engaged so after the project was completed, we continued to tweet every other day in class.

This year I have 2nd and 3rd class, half of whom I also taught last year and by this stage they are now quite conversant with the whole Twitter idea. We continued to tweet this year and regularly tweet about things we are learning in class and things we write about on our School Blog. Last week we were reading a chapter in our Geography books about the food we eat and how and where it is produced. Part of the chapter displayed three sayings about food and we wondered if we knew any more. We were having difficulty coming up with many more sayings, so we came up with the idea of asking our followers on Twitter (of which there are now more than 100) if they could help us with some food sayings. So we came up with a Twitter hashtag #foodsayings and put the call out to our Twitter followers. The # symbol, called a hashtag, is used to mark keywords or topics in a Tweet. It was created organically by Twitter users as a way to categorize messages. By clicking on the hashtag link, followers can view all tweets with that hashtag, thereby gathering together Tweets with a similar theme.

Our call for help to our Twitter followers was a great success and almost instantly brought the outside world into our classroom. Teachers and classes contributed food sayings to us via Twitter, even a school in Indiana, USA, with whom we are in regular Twitter contact, contributed to the discussion. At last count we had gathered 50-60 food sayings. This led to great discussion about what each of the food sayings meant. Oral language was developed and the idea that these and similar sayings were not to be taken literally was explored. We discussed situations when these food sayings could be used. Throughout the day, pupils were trying to integrate a food saying into the classroom conversation. It was amazing how something that wasn’t planned developed into a great learning experience, and all through the medium of technology.

The pupils were delighted when they recognised some teachers on Twitter whom they had met in person at the CESI Conference where they were demonstrating their use of the iPod Touch in the classroom. You can see some of the results here of our Twitter Food Sayings . Some of the older tweets seem to have already disappeared but some are still there. I would encourage more teachers to try out Twitter in the classroom and see how it can be integrated into the curriculum in a fun and interesting way.