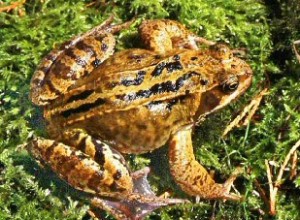 The National Frog Survey of Ireland began in March 2010 and will run until November 2011. As well as producing an up to date map of frog distribution in Ireland, the survey will also examine the aquatic and terrestrial habitats used by frogs and gather information on the threats facing these habitats. Baseline data on the size of the national frog population will also be gathered against which future population changes can be compared. The survey is funded by the Department of the Environment, Heritage and Local Government and will be carried out by National Parks and Wildlife Service Conservation Rangers in partnership with Giorria Environmental Services, Quercus at Queen’s University Belfast and the charity Amphibian and Reptile Conservation.

The results of the survey will help fulfil obligations under the EU Habitats Directive and, ultimately, will help to ensure the long-term survival of frogs in Ireland. For the survey, records of frogs and frog spawn are now being sought from the public. If you have frogs in your garden pond, or in your school pond or know where frogs breed near you, you are asked to record your findings in an Online Survey.