The 2009 National Assessments of Mathematics and English Reading 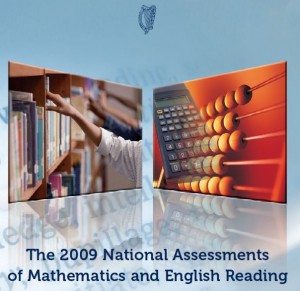 Back in November, the Educational Research Centre published “The 2009 National Assessments of Mathematics and English Reading“. National Assessments take place every five years, with almost 8,000 pupils taking part in the most recent survey. The study is one of the largest studies of primary school pupils in this country. The 2009 study was the first time the same pupils completed both the maths and the reading components. The report examines the factors that relate to performance on reading and maths. Dr Seán Close, one of the authors, commented, “We were surprised to find no gender differences on overall maths scores at either grade level, and none on the Sixth class reading test either. However, the results for reading at Second class were as you might expect – girls outperforming boys.”

Many factors related to performance were common to reading and maths. For example, pupils who had lots of books and other educational resources in their homes, who were from small families, or high SES (Socio-Economic Status) families tended to perform best on both tests. For immigrant children, language spoken at home was more important than place of birth. Author Dr Eemer Eivers cautioned that “Most “newcomer” pupils spoke English at home, and their test scores were not that different to native-born pupils. It was the much smaller group of pupils who didn’t speak any English at home who did particularly poorly on the reading test, but only slightly below average on maths.”

Pupil family background factors were among those most strongly related to test scores. One of the authors, Dr Gerry Shiel explained “The study shows the vital role that parents have in promoting reading and maths skills. Parents are the first educators of their children. It’s important to emphasize to parents that simple things –buying books for your pre-school child or counting aloud the number of items in your supermarket trolley – done on a regular basis, can have great benefits.”

Other characteristics related to higher test scores included (for schools) high attendance rates and a high SES enrolment, and (for teachers) teaching experience, additional qualifications, and limited use of workbooks and worksheets in class. Although large class sizes were raised as an issue by teachers and principals, the study found no significant effects on test performance.

Since the last National Assessments in 2004 there have been large increases in the percentages of pupils born outside of Ireland, from lone-parent families, and with a quiet place to study at home. Dr Eivers noted that “We have seen dramatic increases in home internet access, but no change in the number of books in the average home. This has consistently proven to be one of the best predictors of how pupils will perform on reading and maths tests. Yet, about one in ten pupils still has fewer than 11 books at home, suggesting that the message is not getting through to some parents.”

The authors suggest a closer examination of teacher professional development is needed, to ensure that the core areas of literacy and numeracy receive adequate coverage. They suggest that schools make greater use of standardised test results, and propose improvements in the feedback provided to parents and in the provision of additional support to pupils. The report also identifies mathematical problem-solving and dealing with measures as particular weaknesses for pupils and contradicts the view that calculator usage is detrimental to the development of mathematical skills. “There is a common misconception that calculators shouldn’t be used in primary school. In fact, correctly used, they can enhance pupils’ ability to deal with complex mathematical concepts” said Dr Close. For reading, the report recommends more attention be directed at developing pupils’ higher-order comprehension skills and ability to explain their thinking.

The 2009 National Assessments of Mathematics and English Reading is published by the Educational Research Centre (ERC), and can be downloaded or purchased for €12 from the ERC website.

For further information on the National Assessment 2009, including examples of test questions and questionnaires is available HERE