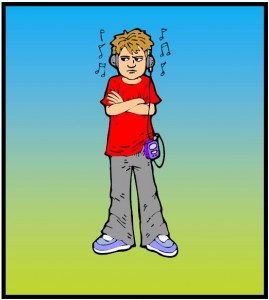 Readers of this blog will be aware that I have been involved in a pilot project to see how the introduction of the iPod Touch into an Irish classroom would work on a practical level. On a local level this project has been organised by Sligo Education Centre (SEC) in co-operation with Apple Ireland. SEC has loaned 30 iPod Touches to my school to use as an educational tool to enhance the delivery of the curriculum in the classroom. This project is also being piloted in a school in Kilkenny and two schools in Wexford through their local Education Centres.

I received my iPod Touches in mid-May 2010 and used them for six weeks with my 1st/2nd class until the end of term. I have been using them with my 2nd/3rd class since the beginning of September. My 3rd class pupils have been with me since last year so they have been using the iPods for the entire duration of the project. The project has been a huge success. We recently had a local launch of the project in school where the pupils gave a demonstration to parents, teachers and principals from other schools and invited guests on how we make use of the iPods in the classroom. People were genuinely amazed by what such young children were able to do using the iPod. Around the walls of the hall were displays of work which had been completed using the iPod Touches, including work from our Junior and Senior Infant classes. I’m sure there were many who thought that the pupils were “playing” with iPods in school but we received overwhelmingly positive comments from both the pupils and the parents about the project, some of which I will post here soon.

Last Friday, December 3rd, we were contacted by researchers from the RTÉ Radio 1 show, Drivetime, to see if we would be willing to go on the programme to discuss the use of this new technology in the classroom.  We spoke with the researchers a number of times during the day and the interview was broadcast live that evening with presenter Philip Boucher Hayes. The interview went very quickly, lasting less than five minutes. You can listen to the full interview below: