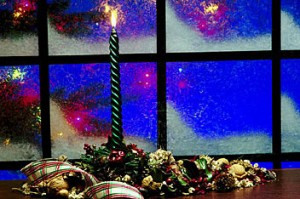 Christmas greetings to you all from Seomra Ranga, and best wishes for the New Year. Enjoy the well-earned break and return to the site in 2011 for all your classroom resources. It’s been a busy and eventful year for Seomra Ranga, especially during the past month with the launch of the new site. A lot of this year has been spent researching, planning and creating the new website, culminating in the re-launch during the month of November. After some initial teething problems, the new site has settled down well and is experiencing unprecedented number of visitors. I understand that the layout of the site is very different for many visitors who may not be used to searching a blog-based site, however, given time I’m sure that most visitors will see the benefits of having a more searchable format and layout to the site.

The last month also saw the re-branding of the Seomra Ranga Twitter page (http://twitter.com/seomraranga) and the launch of the Seomra Ranga Facebook page (http://www.facebook.com/SeomraRanga). Both of these display the new Seomra Ranga logo. The number of visitors to the Facebook page has been amazing and the number of people who “like” Seomra Ranga grew rapidly in a short space of time and presently stands at over 400. Both the Twitter and Facebook pages are great ways of keeping people informed of what is going on on the site. They are also great ways of informing people of new links and resources that I have come across on other sites. I would strongly encourage teachers to get involved in these Web 2.0 technologies. I would also like again to thank Debbie and James at Logis Media for all the work they did in 2010 in bringing to fruition my vision for the site as well as making many great suggestions and recommendations which are now part of the new Seomra Ranga.

There are more great plans for the site during 2011 which will hopefully add extra dimensions to the site. The project to digitise old filmstrips had been ongoing until work on the new site took over. So, hopefully, 2011 will see some of these old resources given some new life on this site. New content and resources are also being planned to add to the existing bank of resources on the site. Some of the seasonal content from the old site needs to still be transferred to the new site so this will continue to be done during the coming months. Election resources will appear on the site as soon as we know when the General Election will take place in the new year. So the plan for 2011 is to continue to develop the new site and to keep adding resources which are relevant and suitable for the primary school classroom in Ireland and beyond.