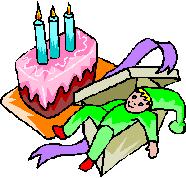 It’s been so busy at Seomra Ranga with the re-development of the new site that I completely overlooked the 3rd birthday of the site last week. Yes, the site has been going since September 2007 and it has really grown in the space of those three years. From humble beginnings, Seomra Ranga creeped into cyberspace very tentatively. Yet, over the past three years, the site itself has grown and the number of visitors to the site has grown steadily year on year. This September alone was the busiest ever on the site with the number of visitors reaching almost 90,000, a staggering figure.

Some months ago, I realised that the site had grown so much that it had become unwieldly, and from my point of view had become difficult to manage. I knew that the time had come for the site to be given a spring clean and a new breath of life. So, it is quite opportune that as the site celebrates it third birthday, it is almost ready to enter into a new phase, with the imminemt release of the new site. Some visitors to the site have been contacting me to enquire when the new site will be ready – all I can say is that it will hopefully be relatively soon. I’ve been working solidly putting the resources together on the new site and it’s coming together well. I’m quite pleased with the new look and feel to the site and I hope that regular visitors to the site will like it too. So, as Seomra Ranga enters its fourth year, its reincarnation is just around the corner!