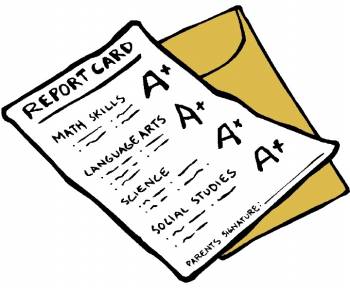 It’s the end of another school year and the long days of summer approach. It’s been a somewhat busy year on Seomra Ranga with lots happening. In fact, there have been more than half a million visitors to the site in the past twelve months alone. There have been very few months where there have been less than 50,000 visitors. March was the busiest month with more than 76,000 visitors.

Earlier in the year, the site crashed twice due to the high number of visitors to the site exceeding the bandwidth, necessitating the extension of bandwidth on the site twice. This may have co-incided with students going on teaching practice at the time! Hopefully, this problem has been sorted out and will not happen again. Thanks to those who informed me early of the problem and the site wasn’t down for all that long. Thanks also to my hosting company who got the site up and running very quickly once I made them aware of the problem.

During this year I also embarked on a project to try to unearth old filmstrips which may have been lying around schools gathering dust. It took a while to get going and I met many brick walls in officialdom trying to find out where I could retrieve some of the filmstrips. However, after a couple of posts on some teacher forums, great interest was shown in the project. Initially I was interested in receiving the old Buntús filmstrips used in the teaching of Gaeilge. At this stage I have received almost a full set of these for each class level, except for the odd one here and there. However, lots of other interesting filmstrips have also been unearthed, particularly SESE related ones – lots of geography, history and nature. At this stage I have received more than 350 filmstrips, boxes and envelopes of them stacked in the corner of my sitting room. The aim is to digitise them over the summer and to convert them into Powerpoint resources, to be made available on the site later in the year. What are missing from these resources are many of the teaching notes to accompany the filmstrip. The resources would be much better if these could be located and made available with the Powerpoint. If anyone thinks they might still have copies of these, could they please contact me.

It’s been a busy year also in my own school. Towards the end of the year I became involved in a pilot project to test the effect of iPod Touches in the primary school classroom. This project has been spearheaded by the Education Centres in Sligo, Kilkenny and Wexford in collaboration with Apple Ireland. This new technology has been a huge hit with the pupils in my 1st/2nd class and they really enjoyed using the iPods for the past 5-6 weeks. We will be continuing the pilot project into the next school year. I have been blogging about the project on this site and it has generated a lot of interest from other teachers. The pupils have also been blogging about the project and you can read about what they have said on our school web site HERE. My pupils also had the opportunity to get involved in a Twitter experiment with other schools this year, organised by Simon Lewis, and we used Twitter to tell about our iPods as well as making comments about our school, our local area and about the most expensive painting in the world, No. 5 by Jackson Pollock. They really enjoyed getting involved in Tweeting daily.

Lastly, Seomra Ranga is very soon going to get a badly needed facelift! The site is almost three years old and I myself have found that I was getting tired of the look of the site. I was also aware that because the number of resources on the site had grown so much in that space of time, that it may have become increasingly more difficult to find the exact resource that you were looking for. So, I have been working with a local company on the total re-design of the site and am really looking forward to the finished product going live on the internet. The new site will integrate much better the existing site and the blog, with the Twitter page having a similar feel. This may take some more time as there is still a lot of work to be done on it yet. The site will have a new look, a new logo and many new resources to launch it. I hope it gets a good reaction.